I should start by saying using these tips for coping with morning sickness weren’t a cure for me, I still felt pretty vile every day up until about 26 weeks of pregnancy but by using these few coping mechanisms I just about managed to function! My morning sickness started from I was about 5 weeks pregnant. As I had been trying to get pregnant for a few months I had done a pregnancy test as early as possible so I knew I was pregnant right from about 3-4 weeks. To begin with I found it an odd knowing I was pregnant because a plastic pee stick had told me so without having any other signs of pregnancy and having to wait weeks before I could get a scan. As a result the first day that I began to feel nauseated I felt a bit relieved that this was another sign that there was definitely something going on in there. In fact my husband suggested that maybe I was just imagining the nausea because I wanted to feel pregnant, he soon changed his mind when he didn’t have to imagine the puking at all hours of day and night! Which brings me to my next point that morning sickness is a very misleading name as I got no relief from it at any time of day!

The first tip I learnt was to never let your stomach get totally empty. This can be quite difficult when nothing seems to stay down! I tried to eat little and often even if it was just nibbling on a plain biscuit or cracker. I kept a packet of ginger biscuits by my bed so if I woke in the middle of the night I could take a few bites and when I woke in the morning I would have to take another few bites before I could even get out of bed.

Keeping hydrated is very important. Again this is easier said than done if you are throwing up umpteen times a day but I went for the little and often approach here too. I had a bottle of water beside me everywhere I went and just kept sipping slowly.

Learning to rest is also very important. To begin with I felt that I had to keep pushing myself. I don’t know whether it was my imagination but I seemed to get the opinion that people think of morning sickness as ‘just one of those things’ as in woman have been pregnant since the beginning of time and felt sick but life goes on. I know everyone experiences morning sickness differently but sometimes you just need to stop and say I actually need to take time and rest. It didn’t help that on my first visit to the doctor the very first words he said were ‘pregnancy isn’t an illness and we don’t want to turn it into one’! At this point my morning sickness hadn’t kicked in so I was a bit taken aback as obviously I hadn’t said anything about being sick and I wasn’t the type of person to visit the doctor too often so there couldn’t have been a hypochondriac warning written in my notes! When my sickness really began to kick in though I would have Ioved that same doctor to call round to see me with my head stuck down the toilet and reassess his views on pregnancy then!

I wore an acupressure wrist band right though pregnancy. I found that they did seem to ease the nausea as the odd day that I forgot to put them on I would have felt worse and then realised I was missing my new fashion accessory!

Try to keep track of what you have eaten or when you feel worst as I definitely was able to see a pattern in eating certain things or different times of day when I felt worse. At the start of pregnancy I had a real craving for chips but soon found out greasy food wasn’t going to work! Another day I was feeling slightly better and was fed up eating bland food so tried a bit of my husband’s chicken korma but it didn’t taste so great coming up as it had going down so that was spicy foods written off for a few months! It is trial and error and everyone will have all sorts of weird and wonderful suggestions of what cured their morning sickness but it is just a matter of seeing what works for you and learning what your stomach is going to reject!

If all else fails don’t be afraid to ask the doctor for medication. To begin with I was very against the idea of taking any anti sickness medication. Most people I talked to assured me that once I hit the 12 week mark the sickness would magically disappear so I felt I could hold out until then but by the time week 16 had arrived and there was still no end in sight I had to admit defeat. I had been put off the idea of going to the doctor due to the reaction of the first doctor that pregnancy wasn’t an illness. Also on any of my midwife visits she had just run through a check list of symptoms with me and when she asked about nausea and vomiting and I explained that it had been all day every day for weeks on end she just merrily ticked the box and moved onto the next question. This gave me the impression that she must have thought I should have been able to cope without any medication. I am not saying that at the first sign of nausea we should all be popping the pills but don’t put off discussing the option of medication with your doctor. I was on anti sickness tablets between 16 and 26 weeks, I tried to take the smallest dose that kept the nausea under control and afterwards gave birth to a healthy baby boy who doesn’t seem any the worse for it.

My final tip is to bring an emergency pack with you wherever you go with a change of top and a toothbrush and paste or mouthwash just in case you get caught out sometime and need to freshen up!

I know I haven’t painted pregnancy in the best light in this post and won’t lie when I say that the sickness was horrific. Having said that I just loved feeling my baby growing inside me and I definitely wouldn’t let it put me doing it all over again because as I look as my son now I can easily say it was all worth it! 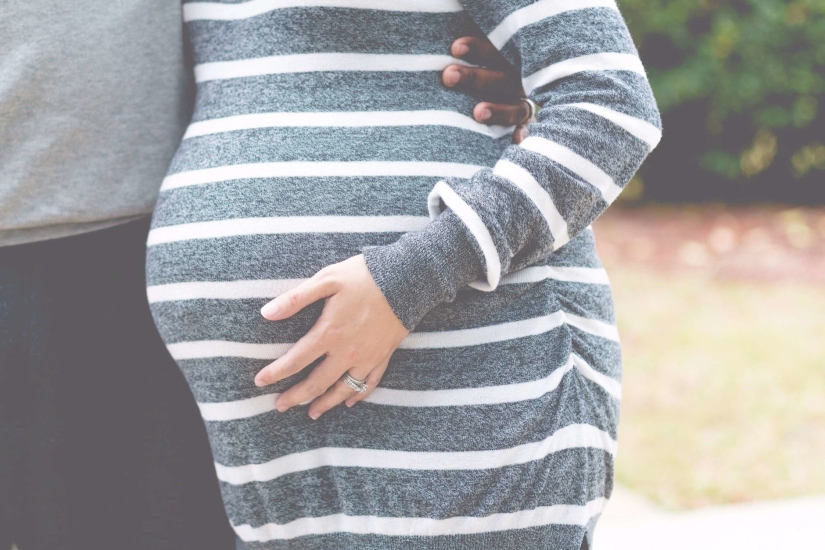 View all posts by newmumfun6

42 thoughts on “How to cope with morning sickness”